The Main Hall and Hard-Backed Squash Courts and Changing Rooms were constructed in 1972 by The Coulthurst Trust, founded by the late John W Coulthurst J P from Gargrave. The Coulthurst Craven Sports Centre, known locally at Sandylands Sports Centre, became a self-help Registered Charity in 1984. It is a none-profit making organisation run in accordance with a Declaration of Trust dated 31 August 1984. The latter ensures that there is no discrimination in respect of sex, age, physical ability or race.

The Sports Centre is run by a voluntary Management Committee, representing the sports in the area and the three Councils, namely North Yorkshire County Council, Craven District Council and Skipton Town Council.

Sandylands Sports Centre is the main provider of comprehensive community-based sport and recreational facilities in Craven. It attracts over 200,000 person visits per year.

Since 1989, around £2 million has been raised, by means of grants, loans and donations, for improved and new facilities at the Sports Centre. In particular, the £850,000 3G Full Size Floodlit All-Weather Pitch and associated Changing Rooms development was completed in 2004. This is now one of the most well-used facilities of its kind in the country.

Full Planning Permission for Four Indoor Tennis Courts, together with ancillary extensions, to the rear of Skipton Tennis Centre Clubhouse, was granted on 9 September 2019. This exciting new development is likely to cost in the region of £1 million. Negotiations are on-going, notably with the Lawn Tennis Association and Craven District Council (the latter in respect of allocated Section 106 Agreement money) for Three Indoor Courts. The 4th Court is likely to be used for Gymnastics and a Climbing Wall, and separate fund raising has already commenced for this part of the proposed development.

Update July 2021 – Whilst the 4th Indoor Tennis Court was originally proposed for Gymnastics and a Climbing Wall, it is now more likely that it’s future use will be for Padel. There have been considerable detailed consultations, particularly over the last 18 months, with the Lawn Tennis Association and Craven District Council, regarding funding for the proposed £700,000 Three Indoor Tennis Courts development. In this connection, the Management Committee, at their meeting on 24 June 2021, approved a New Lease for Skipton Tennis Centre, following negotiations with both the Lawn Tennis Association and Craven District Council. Also, there is likely to be significant “work-in-kind” and other fund-raising is already well-advanced. It is anticipated that this exciting development will be undertaken in 2022.

The Management Committee, at their meeting on 24 June 2021, approved the appointment of Graphics Architectural Services Ltd of Skipton to undertake full planning drawings for a proposed £300,000 extension to the existing All-Weather Pitch Changing Rooms building at Sandylands Sports Centre. This will accommodate a Dedicated Gymnasium and Climbing Wall/ Bouldering Area, together with a Café (overlooking the All-Weather Pitch) and also a Meeting Room. There will also be associated internal alterations to the existing Changing Rooms to provide separate Changing Facilities for the new sports, a comprehensive Disabled Suite, the re-orientation of the All-Weather Pitch Reception and the construction of a “Link” to the proposed extension. The planning application will be submitted to Craven District Council in the Autumn and the development hopefully undertaken in 2022. The proposals have already generated considerable local community interest and also have the support of the two respective Governing Bodies, namely British Gymnastics and the British Mountaineering Council. Fund-Raising for this further exciting development at Sandylands Sports Centre has already commenced.

The above two proposed developments will hopefully both be completed by and coincide with the 50th Anniversary of The Coulthurst Craven (Sandylands) Sports Centre, a self-help Registered Charity, which will take place in November 2022.

Our team, managed by Daile Coope, are ready and waiting to meet, greet and help you with all your sporting needs! 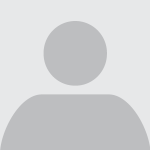